You are here: Home / Dominus Big

The model Dominus Big borns as extreme evolution of Dominus, sharing the main structure, large part of the equipment and the machine concept, but extending reliability, strength and rigidity. Dominus Big in keeping the strokes of the longitudinal axis which defines the various models (2200, 3200, 4000, 5000 and 6000 mm), and of the Y axis (1200 mm); It enlarges the stroke of the vertical axis, from 1000 to 1200 mm as standard, giving an option to reach 1500 mm. This is the main feature that distinguishes the two models and such performances are guaranteed by the design of a column remarkably more powerful where the movement is ensured by two ball screws along which the head slids thanks to the action of 2 separate synchronized motors .

This column is specifically designed not only to reach remarkable heights, but also to accommodate and allow the work to a massive electrospindle with 400 Nm of torque and automatic universal birotative milling heads. The sliding of the mighty column on the X axis, for versions ≥ 4000 is also exercised by means of rack and pinion that replace the classic ball screw. Obviously, this additional capacity and equipment options offer a larger range of applications for Dominus Big while nevertheless Dominus remains largely appreciated for the peak performance of the category. 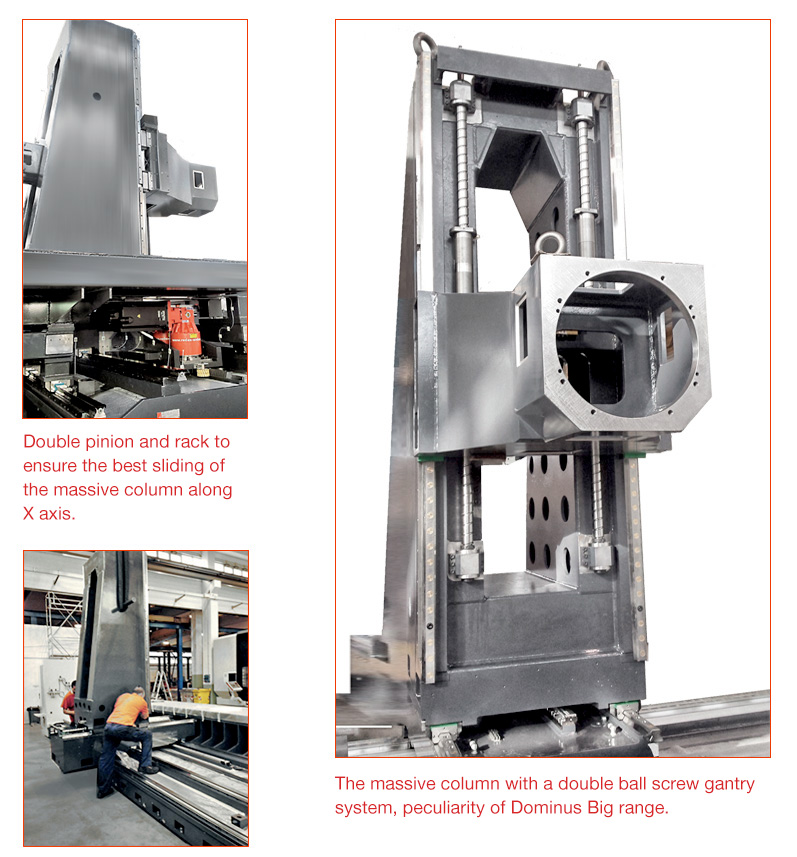